Staff Playbook: Which Players to Stash Prior to Week 3? 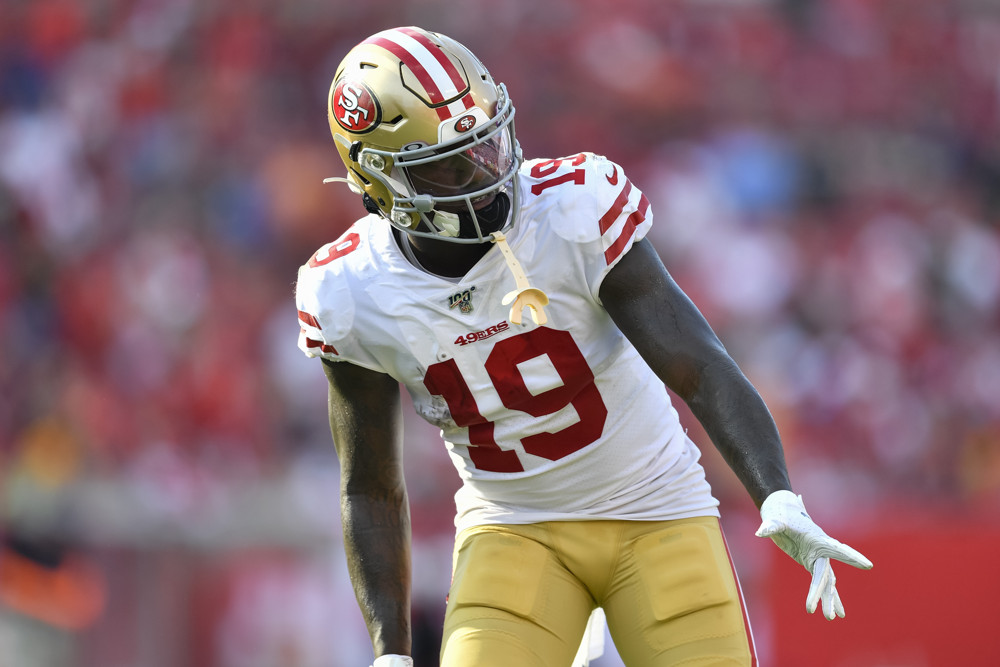 Welcome to the QB List Staff Playbook Series. Every week throughout both the summer and season, we will conduct a staff survey, asking multiple fantasy analysts to share their insights on some of fantasy football’s most pressing questions. Essentially, we’re sharing our “playbook” with you, revealing the hard choices and strategic moves we would make to stay ahead of the competition.

This week, the QB List Staff was asked who is their top player to stash? Let’s open the playbook:

Reasoning: Tevin Coleman is set to miss a month or more with a high ankle sprain. Raheem Mostert is one injury to Matt Breida away from being the feature back in San Francisco. Breida has hardly been the picture of model health. Even with Breida healthy heading into the 4th quarter against Cincinnati in Week 2, Mostert was still receiving the same amount of carries and targets. In fact, his 13 carries led the team, and he was able to post 83 yards (6.4 YPC) on the ground behind the 49ers improved offensive line. Best of all, Mostert led all running backs in targets and actually finished with the second-most targets on the team, adding another 68 yards through the air with a TD. It’s a small sample size, but among backs with at least 20 carries this season, Mostert is top-2 in PFF’s Elusive Rating behind only Josh Jacobs. Mostert is explosive (three carries of 10+ yards last week) and powerful (4.6 YPC after contact). Last season, when Matt Breida couldn’t play in Weeks 6 and 7, Mostert was top-10 in the league in rushing yards during that limited span (146 yards). In a Kyle Shanahan offense, Mostert already has RB3 value as a FLEX play with Coleman out. Should something happen to Breida, you’re likely looking at a high-end RB2 or better that can be stashed in more than 80% of leagues right now.

Reasoning: With Dak Prescott playing the best football of his career, the Dallas Cowboys have been nothing but great in the first two weeks of the season. The franchise leads the league in yards per play thus far. But the Cowboys’ leader in targets, receptions, and receiving yards (Michael Gallup) is injured and will be out two-to-four weeks, which means every pass-catcher in the roster should see a boost in their targets in the next few games. Former Jets’ second-round pick Devin Smith is coming off a career day against the Washington Redskins, with three catches, 74 yards, and a 51-yard touchdown.

Even though there are no guarantees Smith will put up strong numbers every week, coach Jason Garrett has said the wide receiver will see a larger role in Week 3, and that experiment should be stash-worthy, at least throughout September. Check out the video below for a complete film breakdown of Smith’s touchdown against Washington.

Reasoning: While Dante Pettis received the most preseason hype among the 49ers receivers, Deebo Samuel has looked like the guy to own. Through two games, Samuel has eight receptions on ten targets, both second-highest in San Francisco, as well as two rushing attempts. He’s targeted near the line of scrimmage, and the 49ers should continue to draw up plays that let him operate in space, where Samuel can use his impressive burst to break away from defenders. Samuel is not seeing enough snaps right now to feel great about starting him, but the talent and opportunity are both there and if Samuel can get on the field more consistently, he has a good chance to become a WR3 or better.

Reasoning: I was all aboard the preseason hype train surrounding Darwin Thompson and still believe in his talent, but unfortunately, the acquisition of LeSean McCoy brought that train to a screeching halt. He’s a guy to look out for moving forward, especially considering his potential opportunity in the powerful Kansas City offense in the midst of injury concerns surrounding Damien Williams and McCoy. I doubt either of those guys plays a full season, and I believe Darwin still has a shot of exploding onto the scene in the right circumstances. It’s still very much a long shot, but the upside is absolutely enormous, and that’s what I look for in a stash player. Go grab him if you’re looking for a potential league-winner down the stretch.

Rookie Darwin Thompson had the best elusiveness profile in the 2019 rookie class.#FileItAway

Reasoning: The Ravens have suddenly become one of the NFL’s most dynamic offenses, and Justice Hill remains my favorite stash as a result. Hill has been neck and neck with Gus Edwards as the team’s primary backup, with Hill receiving 30% of the snaps in Week 1 and 20% of the snaps in Week 2. Mark Ingram has already shown up on the injury report with a shoulder problem leading up to Week 3, and any injury to Ingram would immediately vault Hill into fantasy relevancy. After narrowly missing a touchdown in Week 2, Hill has a chance to become a bigger part of the offense in Week 3.

A matchup in Kansas City will potentially be the first time the Ravens play from behind all year, which should play into Hill’s hands as the superior pass-catcher to Edwards. This may be his chance to shine, and on a run-heavy team like the Ravens, there are plenty of opportunities available if he impresses. I’ll be holding onto the rookie fourth-round pick from Oklahoma State for at least one more week.

Reasoning: I wrote about Chris Herndon in my bold predictions article, making the claim that Herndon finishes as a top 10 tight end despite the four-game suspension. Herndon averaged 10.2 PPR points per game from Week 6 on in 2018, placing him as TE7 over that period. The Jets are desperate for consistent playmakers, and Herndon should hit the ground running in their Week 6 matchup with the Cowboys. Herndon could be the savior you’re looking for if you’ve lost Hunter Henry, David Njoku, or Jordan Reed.

Jets TE Ryan Griffin has played 115 of the Jets' 125 offensive snaps. Why is that notable? Chris Herndon, who was super efficient as a rookie, is back from suspension after Wk 5 and should take that role. He could be the answer to your TE woes (Darnold due back around then, too)

Reasoning: Going deep on this one, but if I’ve learned anything over the past couple of years it is not to trust Leonard Fournette. Jacksonville, even potentially without Jalen Ramsey, still boasts one of the best defenses in football. The defensive advantage should allow the Jaguars to fade their usage of Gardner Minshew II (until Nick Foles returns) and use the running game to bleed the clock. Fournette has been both ineffective and prone to soft-tissue injuries during his NFL career, something that has allowed his backup to accrue fantasy value in each of the last two seasons. Armstead isn’t a dynamic running (he’s prone to rushing into contact instead of waiting for holes to open), but in college, he was known for generating yardage through sheer power and in being difficult to tackle. Ryquell Armstead is definitely a long-term stash, but in deeper leagues, he very well could be a valuable flex late in the season.

Reasoning: “The Judge” is present and ready to overrule. Averaging appearances on almost half of Atlanta’s snaps, Smith is once again showing just how serviceable he can be in a backup role. Efficiency, thy name is Ito. While being on the smallest sample, he’s also averaging 6.3 yards per carry and has the appreciation of the Atlanta coaching staff. We should not also forget that Devonta Freeman is both underachieving and holding back constant worry for his fantasy owners that he’ll end up hurt. So far, in two games, Freeman has a combined 41 yards. If you have Devonta or want to just hold a rusher that could vault the starter, Ito is your guy.

Avid 49er fan from the Bay who now lives in LA and has way too much fun watching the No Fun League. A bit jealous the Seahawks have Pearl Jam. Screenwriter and Educator who loves to moonlight as a fantasy analyst. Broke into the league in '94 with Marshall Faulk, Isaac Bruce, and Kurt Warner. Drafted as a fantasy armchair quarterback. Been playing ever since.

Why Smith over Cobb? Got Cobb for 1$ but Smith is out there for grabs